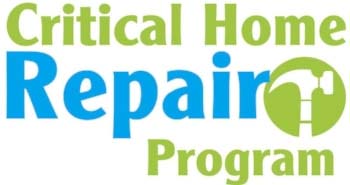 | No Comments
Habitat for Humanity International

was founded by Millard & Linda Fuller in 1976. Their leadership has helped forge Habitat into a worldwide Christian housing ministry.

While in college Millard and a friend started a marketing firm. The business prospered and soon the Fullers were millionaires. But with success and wealth their marriage suffered. This crisis prompted the Fullers to re-evaluate their lives. Their soul-searching led to reconciliation with each other and to a renewal of their Christian commitment.

The Fullers then took a dramatic step: They decided to sell all of their possessions – giving the money to the poor – and to begin searching for a new focus. This search led them to Koinonia Farm, a Christian community located near Americus, Ga., where people were looking for practical ways to apply Christ’s teachings.

While at Koinonia the Fullers assisted in initiating several partnership enterprises, including a housing ministry. Working from a passage in the Bible that says someone lending money to the poor should not act as a creditor and should not charge interest (Exodus 22:25), they chose to build houses on a no-profit, no-interest basis, thus making homes affordable to families with low incomes.

In 1973, the Fullers moved to Africa with their four children to test their housing model overseas. The housing project was a success and became a working reality in Zaire. The Fullers were convinced that this model could be expanded and applied all over the world.

In 1976 they returned to United States and met with community leaders from all over the country and decided to create a new, independent organization: Habitat for Humanity International.

Since 1990 Wiregrass Habitat for Humanity has built 130+ homes and housed more than 400 individuals. But the need is great and our mission is clear. There is still much to be done. A Selection Committee and our Board of Directors approve 4-6 people to partner with for a Habitat home every 3-4 years. Currently, we work hard to have a Spring Build and a Fall Build. At this time, over 65 people have paid off their mortgages in full. We have approximately 60-70 families with WHFH mortgages at this time.

We are currently working on House #131

About Us
Copyright © 2002-2023. All rights reserved
Designed, Developed & Maintained by Webbering